Honey bees are fascinating creatures. These well-known, flying insects play an essential role in pollination and, of course, are also responsible for producing the sweet honey that we all know and love.

Research has shown that honey bees utilize a highly efficient process for pollen gathering and honey production, something scientists have termed the Honey Bee Algorithm.

This distinctive behavior has now jumped from the biological world to the digital, and this methodology is now used to help the world wide web operate more efficiently and effectively.

The Honey Bee Algorithm was realized following research that started in the late 1980s. A small team of systems engineers was inspired by the idea of honey bees efficiently visiting various flower patches in search of nectar – all without any kind of central organization or control. During the course of several years, the research revealed that the bees use a process that is more efficient in variable situations than anything the engin 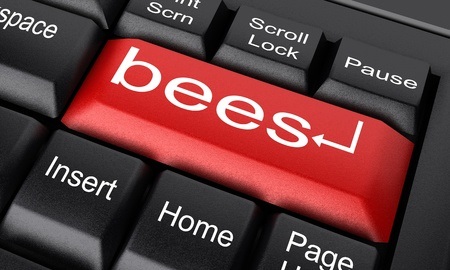 eers could have predicted.

Since flower patches are in season at different times throughout the year, honey bees need to be able to remain flexible in their pursuit of the best nectar sources. Forager bees fly out from the hive in all directions, collect any nectar that they find, and return to the hive where the bee performs a “waggle dance” in an effort to recruit other bees. The forager bees that return with the best nectar attract the attention of other bees. In this way, the bee colony can dynamically continue to shift its attention to the best currently available nectar sources in the area.

At Honey Solutions, we appreciate the benefits that the Honey Bee Algorithm has offered the web, but are much more impressed with the way it helps bees make great honey. We use our own kind of Honey Bee Algorithm to source the highest quality of honey to provide our customers. Find out more or learn about sourcing your honey from Honey Solutions by giving us a call at 281-576-1700 today.