Roundup is, according to National Geographic, the most widely used herbicide in the entire world. The ubiquitous weed killer, which contains a chemical called glyphosate that is responsible for stopping weed growth, is reportedly used in more than 150 countries, including here in the United States. In just a quarter century, farmers have gone from using about 11 million pounds of Roundup in 1987 to almost 300 million pounds of it in 2012. Farmers have even gone as far as to start using genetically engineered seeds that are able to withstand Roundup so that they can spray their entire fields with it without killing their crops in the process. 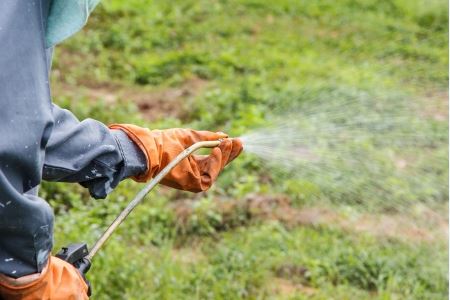 While Roundup has allowed farmers to produce more food over the years, it has also had a devastating impact on the country’s bee population. A study done by The Journal of Experimental Biology in 2016 showed that Roundup is preventing many honeybees from finding food in fields, reports Glyphosate News,  which is causing them to starve and die. The National Agricultural Statistic Service has also reported that the honeybee population has dwindled from 5 million bees down to 2.5 million during the last decade, and glyphosate may be at least partly to blame. Researchers believe the chemical may be poisoning entire colonies and even impacting bees’ ability to pollinate.

The bees may not be the only ones who are suffering as a result of Roundup use, either. Farmers rely on honeybees to pollinate their crops, and about $20 billion worth of food is pollinated by bees every year. If the bee population continues to decrease as dramatically as it is right now, less and less food is going to be produced, eventually leading to a food shortage for humans. Additionally, there is a growing concern that crops treated with glyphosate could be dangerous in the long-term for humans. It’s why many people are calling for the agricultural industry to stop using Roundup on their crops.

Honey is a precious commodity for many food processors, as well, providing natural and healthful sweetness to food products. It’s important for all of us to consider how Roundup could be affecting the bee population and the food that is created through the use of glyphosate. Honey Solutions aims to provide large food manufacturers with high-quality, natural honey from bees that is 100 percent free of glyphosate. For more information about obtaining our honey products, call us at 281-576-1700 today.